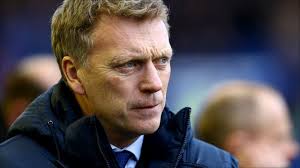 Price per head services learned that David Moyes, Manchester United manager, is happy to see Wayne Rooney show aggression, as long as it is controlled.

Rooney’s temper has often been questioned and he was arguably lucky to not be dismissed in the early stages of the 2-2 draw on Sunday with Cardiff City, and pay per head services could see how controversial this situation was.

Jordon Mutch was the victim of an irritable kick from Rooney as the players struggled for possession, but price per head services saw that the latter got away with a yellow card.

Before United’s UEFA Champions League match at Bayer Leverkusen, Moyes told a press conference that he was pleased to see Rooney show his hunger. Price per head services and the player’s fans are also delighted to see him play in an aggressive manner, as long as he doesn’t go overboard.

“It’s a big part of his game. He’s an aggressive player; he plays with his heart, as well as the skills he’s got in abundance,” said Moyes.

“That’s the way he was when he was a boy at Everton with me.

“A lot of people said that might have been missing from his game last season – it’s certainly not missing now.

“He’s got the hunger back and the desire back and he’s committed for everything. I’d rather have a Wayne Rooney that way than any other way.”

This season the player scored eight goals for United, and Moyes was impressed with his general performance level.

“I want Wayne to have fire in his belly. I think he plays better when he’s tough and aggressive,” added the Scot.

“I don’t want to change Wayne Rooney, that’s for sure. I don’t want him to be kicking at anybody, but I want him aggressive, challenging and full of running.

“And I think at the moment we’re seeing a really good Wayne Rooney who’s in top form and scoring goals as well.”