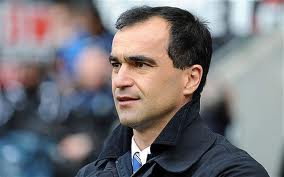 Roberto Martinez, Everton manager, lamented his side’s set-piece defending after their 3-3 draw on Saturday with Liverpool, and price per head services could see that many fans were also not very pleased.

Everton were not able to get a first win in a Merseyside derby since October 2010 thanks to a header by Daniel Sturridge from a free-kick by Steven Gerrard a minute from time at Goodison Park, in a match that was very closely followed by pay per head services.

The Reds previously took lead twice – first through Philippe Coutinho after a knockdown from a corner, and thanks to a very nice free kick by Luis Suarez – impressing fans and price per head services alike – and Martinez was not pleased at all with the way that his side conceded in the match.

“The two teams played in the right manner, created a lot of chances,” he told BT Sport.

“But conceding two goals from set pieces is very disappointing. We were (trailing twice) when Liverpool didn’t even have a shot on target (from open play).

“Overall I think we had the better chances, I think Liverpool got too big a reward from the game. But overall it was a fantastic football game.”

Price per head services saw that in the 72nd and 82nd minutes, Romelu Lukaku netted his sixth and seventh Premier League goals of the season as the hosts appeared to be on their way to a long-awaited win over their local rivals.

And even though in the last minutes Sturridge had the final say, Lukaku is still confident about Everton’s chances this season, and price per head services were delighted with the player’s attitude.

“To play in the derby was such an honour and two score two goals. My team-mates helped me a lot. To help the team get back in the game, it was great. The pity was that we didn’t win,” he said.

“It was a great header. We worked a lot of set pieces, but it usually doesn’t come off. Week after week I just try to improve. Every game in the Premier League is a big challenge.

“This year we have a great squad, a lot of experience and a lot of young players too. It’s a good mix. Hopefully we’ll end up very high in the league. Champions League – why not?”