Price per Head: Simeone would play against Real or Barca ‘every week’ 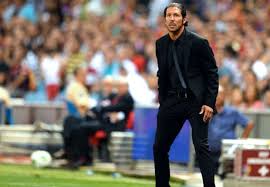 Diego Simeone, Atletico Madrid coach, said that if he had the chance he would play “every week” against La Liga title rivals Barcelona and Real Madrid, and price per head services know that many fans out there would not mind seeing this happen.

Pay per head services can see that Atletico are in a three-way clash for the Liga crown and are currently sitting on third place, level on points with champions Barca and three behind leaders Real – who they are set to host in a Madrid derby on Sunday.

Simeone and price per head services believe that for some sides, facing teams like Barca and Real causes “fear”, but the manager savuors the challenge of pitting his side against the two giants of Spanish football.

“It’s better for us. In the sports papers, 10 pages are dedicated to Madrid and another 10 to Barca and if they win 4-0, it’s as though they won 16-0 because they constantly repeat the highlights,” Simeone told Ole.

“That creates a situation of fear and so when you have to play against them, you’re almost losing from the start.

“For foreign teams it’s a bit different, meeting Madrid or Barca motivates them as they are less affected by the media hype. If it was up to me, I’d play against them every week.”

Pay per head services saw that Simeone also spoke about his side’s development, and is delighted by the approach shown by his players to competing both in the UEFA Champions League and in the domestic scene.

He added: “We want to build a team which shows commitment.

“That is a very big word to use and I mean it in the sense of being committed to play, to run, to train, respect your rival, understand the intelligence that lies behind the game.

“At Atletico, I think we are achieving that and it’s fantastic to see a kind of commitment that few people have in life.

“We have a very specific way of working. We know that, as a team, we are dangerous and competitive.

“We also know that, over 40 weeks, Real Madrid and Barca will be streets ahead of us but in the day-to-day, we feel very close to them.”