Price per Head: Simmons wants to teach Camacho a lesson 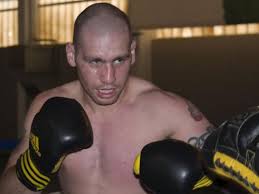 Stephen Simmons wants to teach Wadi Camacho a lesson when the fighters face each other on March 1 in Glasgow, and price per head services can’t wait to see what will happen in the ring when this bout gets underway.

Edinburgh’s Simmons has a clean slate of 9-0, and pay per head services saw that in his last two fights he clinched the Celtic cruiserweight title and the WBC international silver title.

Price per head services know that the latter will be at risk against London’s Camacho, who cannot afford to have another loss on his record after being defeated by China Clarke and Tony Conquest in 2013.

The pair already had plenty of friction in the build-up to the fight. Simmons believes that he has a point to prove at the SECC, and pay per head services can’t wait to see how the fighter will perform, and if he will indeed prove his point.

“He’s horrible, disrespectful and arrogant, and I’m looking forward to teaching him a hard, hard lesson.

Price per head services highly doubt that these fighters will ever be friends – especially after these words.

“It’s got personal on Twitter and he’s said some stupid things on there – it’s not on. I’m a professional – I’ve been in situations like this before, albeit not as bad, but I’ve been doing this for 17 years and I’ll train like I’ve never trained before and go into the ring and do the business.”

The fight is one of many supporting the main event that will see American Terence Crawford take WBO lightweight champion Ricky Burns – and pay per head services are certainly not going to miss this showdown.