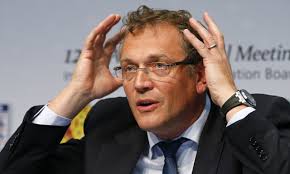 Jerome Valcke, FIFA secretary general, urged Uruguay striker Luis Suarez to look for treatment after the player was banned for biting for a third time, and price per head services also believe that he should seek help.

Pay per head services saw that on Thursday, FIFA announced that Suarez would be suspended for four months and must sit out nine international matches after he bit Italy defender Giorgio Chiellini during the World Cup Group D clash on Tuesday.

The Uruguayan Football Association stood by the Liverpool player and said that they would appeal against his ban, while the World players’ union FIFPro and even Chiellini himself voiced their opinion over his punishment being excessive -something that left many fans and price per head services thinking.

The striker was previously suspended for biting PSV midfielder Otman Bakkal in 2010 and pay per head services were also shocked to see that last year he bit Chelsea’s Branislav Ivanovic, and Valcke said that his previous offences had to be taken into consideration.

“He should go for a treatment,” Valcke said. “I don’t know if it exists but he should do something by himself because it’s definitely wrong.

“If it’s the first time, it’s an incident. More than once, it is not any more an incident. That is why also the sanction, it has to be exemplary.

“It was seen by hundreds of millions of people. It is not what you want your kids, what you want the little (children) who are playing football around the world, to see at a World Cup.”

Price per head services agrees with what Valcke said, but they have been thinking about the situation with Suarez, and believe that perhaps FIFA should some different approach should have been taken with the player, as repetitive biting on the pitch could very well be a sign of a deep rooted problem, and if this is the case, treatment for the player is definitely needed.