Richie Incognito was working out with the Broncos 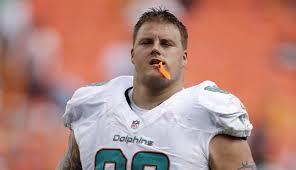 Sources reported that who else but Richie Incognito went for a workout with the Denver Broncos, and the team was thinking about acquiring his services. Now, live betting services all over the country would like to see what the team will ultimately decide to do when it comes to this player.

The guard was working out for Broncos officials in Denver, as reported by sources, but they didn’t make a decision on whether or not to sign the very famous (or infamous) free-agent. The news was initially reported on Monday by FoxSports.com.

Incognito was no longer playing in the league since being suspended on November 2013 by the Dolphins. An investigation made by the league came to the conclusion that the player, as well as two other offensive linemen for the Dolphins, were constantly harassing Jonathan Martin, who in October 2013 ended up leaving the team.

In 2013, the Broncos were looking into Incognito as a possible addition to the team late in the season, if Miami released the player when his suspension of four weeks came to an end. Incognito, the NFL, and the team were working to make an agreement that would see the player continue to be suspended from the game – but with pay – until the end of the season.

The player turned into a free agent when the contract that he had with Miami ended.

Incognito, who is 31-years-old, hit the field in 102 meetings (all of them starts) in eight seasons for Miami, Buffalo, and St. Louis, and is very well known in the football world as being a powerhouse on the field.

The player was brought for his workout after the Broncos beat the Raiders on Sunday 41-17. The team made some changes in their offensive line for this meeting. Louis Vasquez, who last season was an All-Pro guard, switched from RG to RT, Manny Ramirez moved from center to RG, and Will Montgomery started at center in his first game for Denver. Paul Cornick, who started at RT for three meetings, suffered a right shoulder injury last week while holding practice, but before Cornick’s injury, Denver were set to make changes in the team.

Update: NFL fans and live betting services recently found out that Incognito won’t join the ranks of the Broncos – for now. However, they’d still like to see what will what’s next for the player, who was right in the middle of last year’s very famous bullying scandal involving Dolphin players.