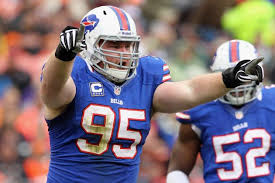 On Sunday, the Dolphins shocked the football world when they took out the Patriots 33-20, leaving Live betting fans truly amazed.

Miami, who were behind at halftime by 10 points, were able to outscore New England during the second half 23-0. In the game’s final half, many fans were very impressed when they saw the Dolphins boost their running game, as they were able to outgain New England 222-67, and RB Knowshon Moreno was exceptional on the field, rushing for 134 yards and scoring a very nice TD in the fourth quarter of the game.

QB Ryan Tannehill was not something for the team to brag about, as he only completed 18 out of 32 passes for 178 yards and two TD’s, and he also had one interception. The player was quite lucky, however, as Miami pumped up their defense and they were able to record their second win in a row against their rivals in the AFC East, and ever since 2000-200, this proved to be the very first time that they were able to accomplish this feat.

Miami did this when they limited New England QB Tom Brady to 29 out of 56 passing for 249 yards, and he was only able to score one TD. During the second half, the player was sacked four times by the Dolphins in the Patriots’ first four possessions.

After the Dolphins allowed 20 points during the game’s first half, they were able to make all of the changes needed when they completely shut out New England in the second half and gave the team their first defeat in an opener since the 2003 season, and it’s not very likely that that NFL fans will forget this match in the near future, or, better said, in the far future.

Three of Miami’s starting linebackers were absent, and many fans were amazed with the team’s defense despite these absences. Koa Misi and Dannell Ellerbe had to leave the game in the first quarter due to injuries, and Philip Wheeler was not active.

Now Miami have a very good chance of going 2-0 on Sunday for the second year in a row when they take on Buffalo. Last season, the team was 4-4 while on the road, and an improved record would see them make it all the way to the playoffs this year.

On Sunday, the Buffalo Bills gave many fans a shock when they took out the Chicago Bears 23-20 in overtime, boosting the team’s hopes this year of putting an end to their playoff drought that lasted 14 years.

The Bills’ veterans were the ones to step up for the team, as Kyle Williams and Fred Jackson made the most important plays, giving the Bills their very first victory in opening day since 2011, in a game against Kansas City.

Jackson, 33-years-old, was a player who seriously proved himself in the game, as in overtime his run of 38-yards to the Bears’ 1-yard line was able to set up a field goal by Dan Carpenter that gave Buffalo a win that should boost their morale.

QB EJ Manuel’s preseason was pretty upsetting, as he completed 16 out of 22 passes for 173 yards with an interception and a TD. The player also used two of the Bears’ turnovers, and this ended up being the game’s deciding factor. The player scored off a fumble recovery by Preston Brown and an interception by Corey Graham.

Last Sunday, Buffalo was very patient, even when the calls were not in their favor when the game was getting close to finishing.

Kyle Williams, 35-years-old, who in the fourth quarter was able to make made a key interception, said, “I told the guys after the game, teams I’ve been on in the past would have used that as a crutch or an excuse at the end of the game if we had gotten beat. It kind of fueled a little fire for everybody and they used that to go out and make plays and win the game. That’s the kind of team I want to be on.”

This Sunday, the Bills can own the AFC East with a 2-0 start to the season when they play the Dolphins at home. Last December, which was the last time that Buffalo faced Miami at home, they beat the team 19-0 taking away the Dolphins’ possibilities of making it to the playoffs.

The Bills’ fans and PerHead.eu agents know that the team will have to wisely use their running attack which worked great when they played Chicago. Against the Bears, the Bills had an advantage of 193-86 when it came to rushing yards, and with 61 yards ran on seven carries, Fred Jackson was the one to lead the team.