Calvin Johnson misses practice for the second time in a row 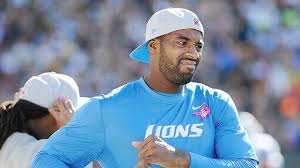 The Lions’ Calvin Johnson – better known as Megatron – participated in every single practice session since the beginning of the regular season, so sports software services were a bit surprised when they found out that the player ended up missing two this week. On Thursday, Johnson missed practice for the second time in a row as the player continues to take care of an injury to the ankle that he suffered on September 21 when his team took on the Packers.

Coach Jim Caldwell admitted that he’s concerned that Megatron could have no choice but to miss the team’s game against the Jets on Sunday.

“Anytime that someone doesn’t practice, in particular when it’s not just a day of rest, which we would indicate on the medical report, there’s always some concern [he won’t play],” said Caldwell.

Johnson wasn’t able to practice on Wednesday, but the player did not appear to be very concerned at all about the possibility of him not hitting the field in New York.

“I’m not concerned about it,” said the player. “When those things happen, get in here and just work and work and work until things get right.”

Sports software services remember when last season Megatron didn’t play in two games – and since 2010, this proved to be the very first time that the wideout didn’t feature in a game that took place in the regular season. In general, Megatron only ended up missing six games in his NFL career – one that spans eight years.

When it comes to receiving yards, Johnson is fourth in the league, as the player was able to record 329 in three weeks. Megatron is also at the top of the NFL in first down catches, as this season, 16 of the player’s 19 receptions gave a very fresh start to Detroit.

The Lions’ fans have plenty of reasons to be concerned as Megatron seems to be doubtful for their game on Sunday, but there is also a lot of optimism that he’ll return to action as soon as possible and help lift the team to many wins in future games.