The Chiefs could give the Patriots a big upset at home 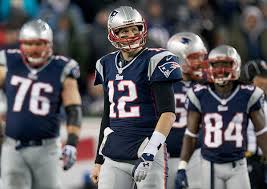 The Patriots’ Live betting fans were very disappointed to see that the team’s bad displays overshadowed whatever good they made so far this season. They ended up losing to the Dolphins in Week 1 as the 3.5-point away favorites. In Week 2, they were able to recover in Minnesota when they took out the Vikings 30-7, who didn’t have the services of Adrian Peterson. However, last Sunday New England had a very close game at home against the Raiders, being the favorites with 13.5 points.

On Sunday, New England’s defense played its part, as they were able to limit their opponents to a score in the single-digits for a second week in a row, but the team’s offense could not produce much at all. QB Brady and friends could only amass 16 points and 297 offensive yards against the mediocre defense that the Raiders have. Throughout three meetings, Brady has an average of only over 210 passing yards per game played, with three TD’s, which doesn’t even come close to what is considered normal for him.

Brady’s best target was Julian Edelman, as so far the player caught the ball 22 times for 260 this season, but TE Rob Gronkowski must still go back to his top form, and Danny Amendola played in successive meetings without catching the ball a single time. It is no secret at all that Brady is a top QB, but the player needs at least another reliable receiver to help the Patriots’ unimpressive offense bounce back.

New England were also unable to make any kind of proper running game against Oakland’s defense, who gave up nearly 400 rushing yards their first two meetings, with play-calling that proved to be very questionable, to not mention their bad offensive line who were just able to make 2.4 yards a carry, leaving many upset fans. Brady must make some very positive changes to their passing attack, and if they don’t, the team will have no choice but to work on the ground when they take on a Kansas City defense that this season already surrendered over 140 rushing yards to Tennessee and Miami.

The Chiefs didn’t have the services of Jamaal Charles, but that didn’t seem to be a problem for them when they took on the Dolphins as they were demolished on Sunday 34-15. This performance came one week after the Chiefs faced the Broncos as the underdogs by 13 points, and the team was not close to tying with Denver or even beating them.

Knile Davis, backup RB, burst into the game against the Dolphins, recording 132 rushing yards and a TD, while RB Joe McKnight was able to catch the ball six times – a team high – and two of them went for TD’s. Combined, both players surpassed Charles’ skills in the air, as well ason the ground.

Just 186 passing yards went to Alex Smith, but the player proved to be very efficient with the yardage. Smith was able to complete 76% of his passes, and was able to throw for three TD’s. Kansas City did a very good job in expanding their passing attack with very accurate but short throws to receivers – something that could prove to be be very useful when they take on New England’s secondary, which should have made very good improvements.

Kansas City could have serious problems when it comes to stopping their opponents’ running game throughout the season after tackle Mike DeVito and LB Derrick Johnson were injured and are out for the rest of the season, but the team can still interrupt the passing game and get at the enemy QB.

Many PerHead.eu fans are certain that the Chiefs will seriously depend on their pass rush so they can add pressure to Brady and disrupt New England’s passing game, which already has plenty of problems.